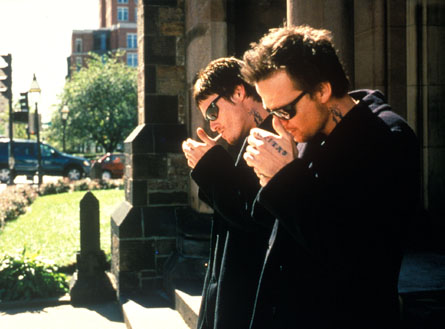 What a marvelous movie! : The Boondock Saints

My favourite movies were made in 90’s which, I believe, is not a coincidence. When I think of The Fifth Element, The Crow, Jackie Brown or The Usual Suspects, I righteously believe in that.

The Boondock Saints caught the aesthetics of 90’s just in time by being made in 1999 which made me a fan of it. 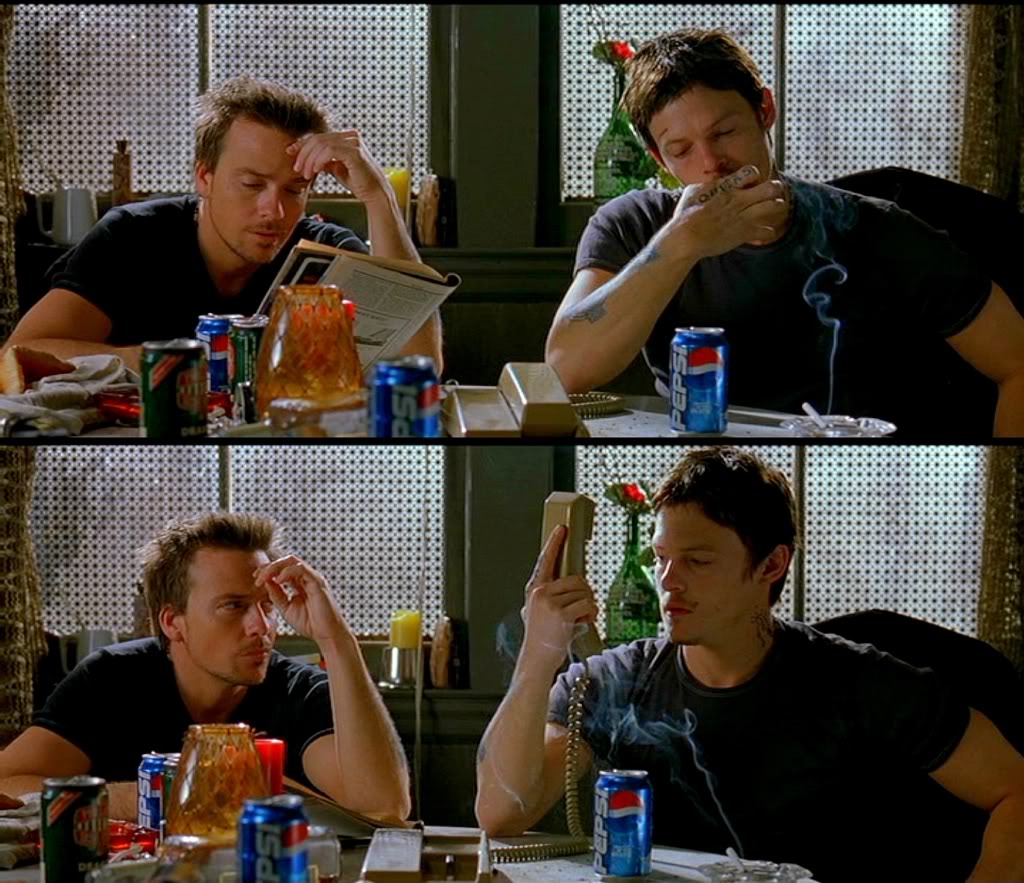 To be honest, however, I’ve always snorted at it until the day I suddenly decided to watch. I used to spend so much time in web site sor forums about movies, since I used to take lessons of movie history in high school, everyone used to post “Oh! The Boondock Saints! What a marvelous movie!” and share. Wherever it comes up, I always passed it over due to its being a popular work or my thoughts of “if everyone likes it, it sucks.”. Moreover, it seemed like a boring and harsh movie because of the images in those aforesaid web sites.

After 5 years of ignoring this movie in movie magazines or forums, I decided to watch it. Conclusion? I watched it without breathing. Then I discovered a big mass of its fans, I also admired it alongside of my other feelings.

The fact that the main characters’ being Irish was a great head start for me (I am a huge fan of Irish people in everything I watch.). 90’s aesthetics that I look for is now everywhere. Content colour tones, reckless and cool ambiance of 90’s and of course clothing stlye of these years…

Speaking of which, there is nothing more beautiful than a black coat, ahem.

Connor and Murphy Macmanus (ahem 2) are fraternal twins who waste their potentials in a meat factory. They work in days, fight and drink at nights (That’s the geniune Irish culture!). Then they got in trouble with a couple of Russian mafia because of the pub that they are regular at, they maintain it till they are canonised (the city also supports that, being canonised in their first incident, holy crap!) and then, with prayers, they start to execute the criminals in the city. It gets more amusing after the attendance of their friend Rocco. FBI Agent Paul Smecker tells the story one by one in his own point of view, that’s the real taste of this movie. I will be giving spoilers unless I stop telling after this part, that’s why this is all I can say about the subject. 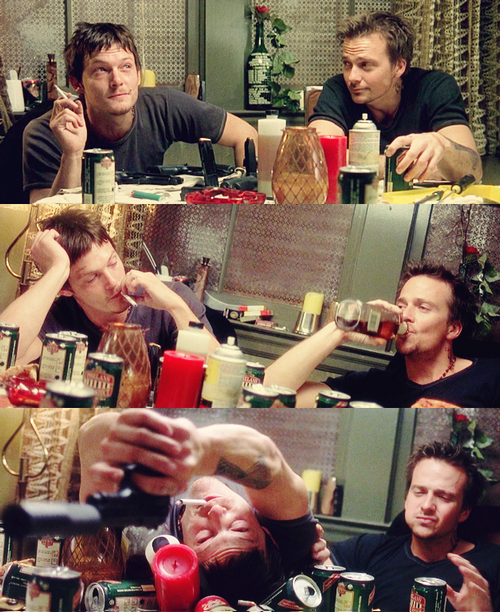 The chemistry between the actors and actresses is so good that it’s singly enough to sweep you away. Soundtrack album was the most impressive thing for me about this movie, just like all other movies I love. Songs that occupy my playlist for a long time take part in the very best scenes, it is impossible not to be on fire.

The next step after admiring the movie was seeing the fanatics of the movie, because it makes you feel the desire to share it. People question their sense of decency which is the main reason of aforesaid desire. Murderers should never be sublimated but I believe that in human nature, eye for an eye is more appropriate for justice. Fake interviews at the end of the movie that feels like Natural Born Killers proves the confliction between the ethics and human nature. Whereas one part supports that warmly, the other part declines that since it might be about being more brutal. “How can they be prosecutor and judge both?”

However, I believe they both are necessary couple for every community (some communities are privileged). I don’t think if there would be a chaos environment. Which one of us didn’t expect all these brutal incidents end up as eye for an eye?

The movie became cult after being a social outbreak. After DVD had put on the market, it reached an epic amount of sales. The funniest thing form e about how far fans could go, lots of movie download web sites were full of this movie shared under the other movies’ names. Assume that you’ve downloaded Snatch, however, The Boondock Saints comes out of it. Let’s say you’ve downloaded Green Street Hooligans… Voila! The Boondock Saints comes out of it again. That’s what I call fanaticism! That’s not all. There are every kind of product of the movie. Lighters, playing cards, puzzles, rings, bracelets, t-shirts, even dresses and surfboards, dresses that have two brothers printed on skirt, lingerie… Action Figures should not be ignored. 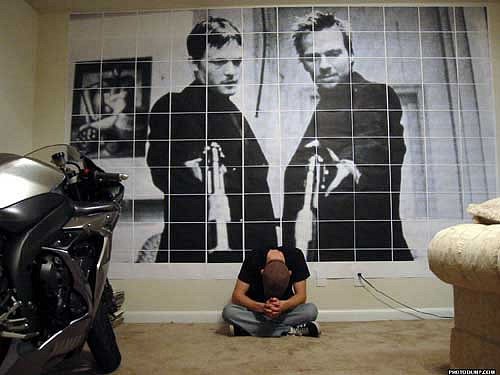 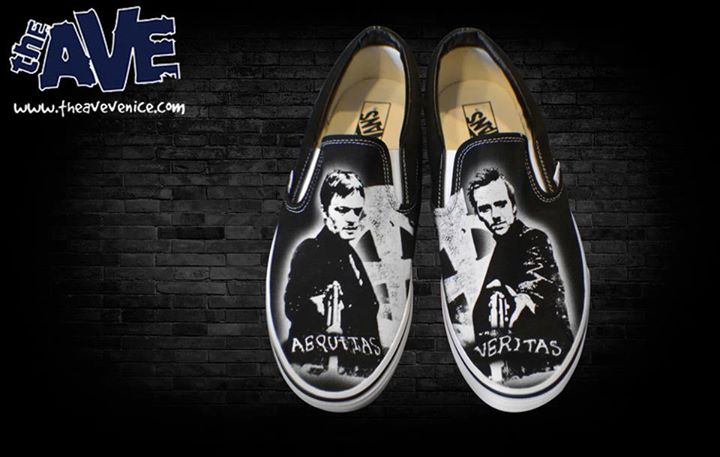 I’ve bought some impressive products as well. The Boondock Saints cup, which I bought for one of the most important people in my life, is the most magnificent cup ever produced on Earth. It’s like a Picasso painting, no seconds pass without looking at it. 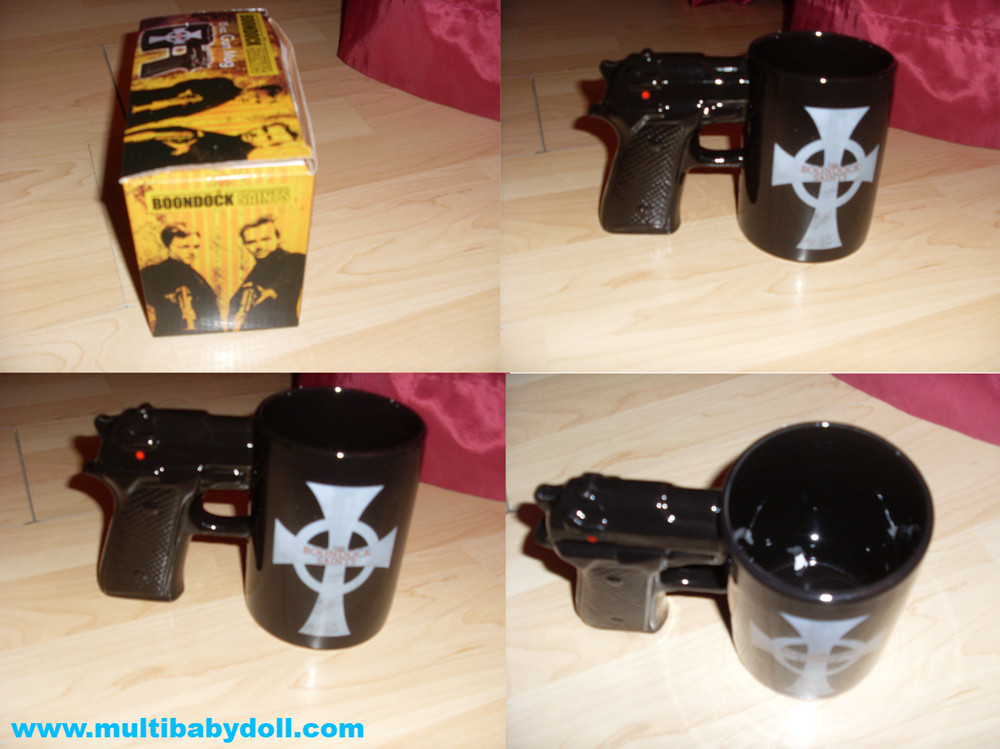 Reading lamp, which should definitely be paid away, is perfect. My next step might be buying that reading lamp. 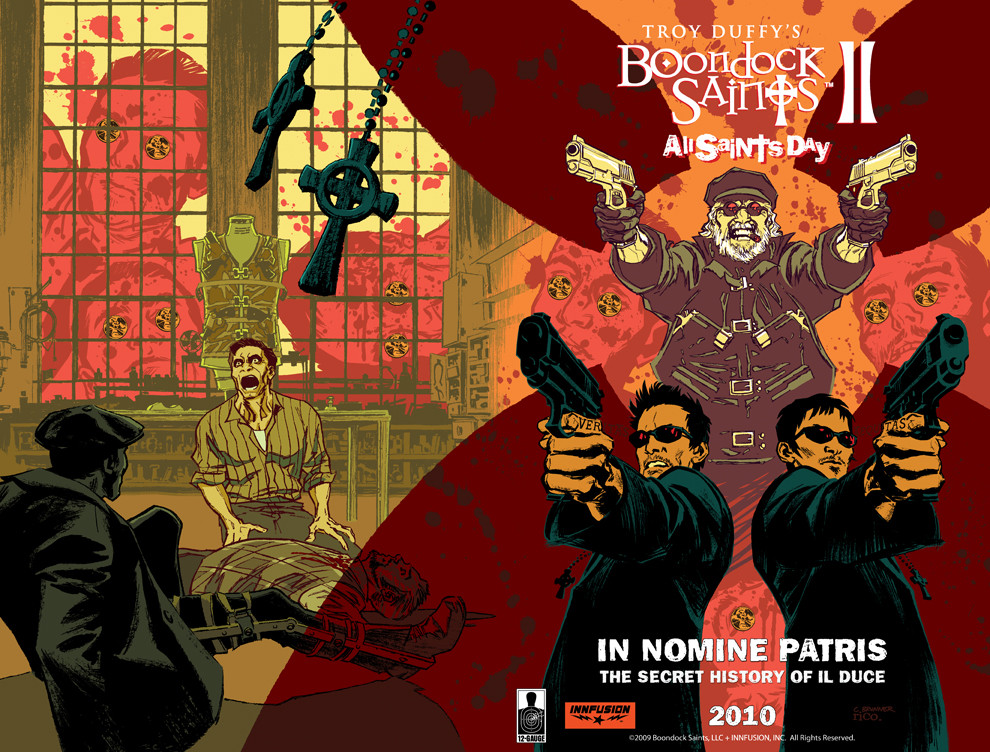 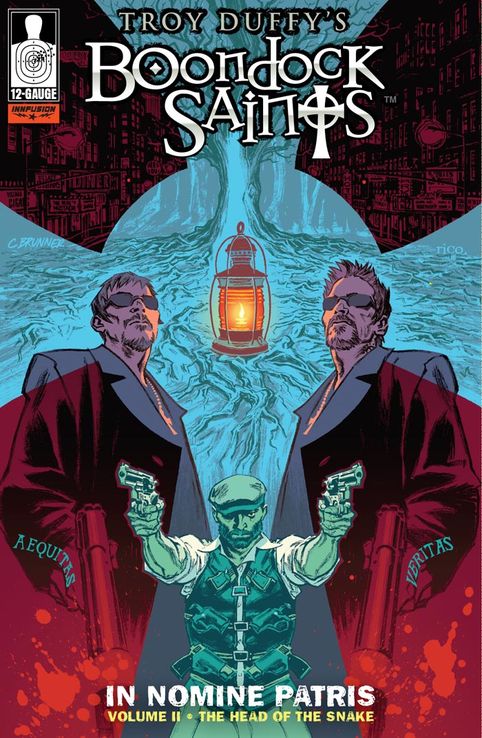 Tattoos on MacManus brothers’ hands is another phenomenon. Veritas, which means “truth”, and Aequitas, which means “justice”, are very populer among fans. Some of them exaggerate the fanaticism and have the favourite scenes tattoo done on their bodies. There are also “whole body painters”! 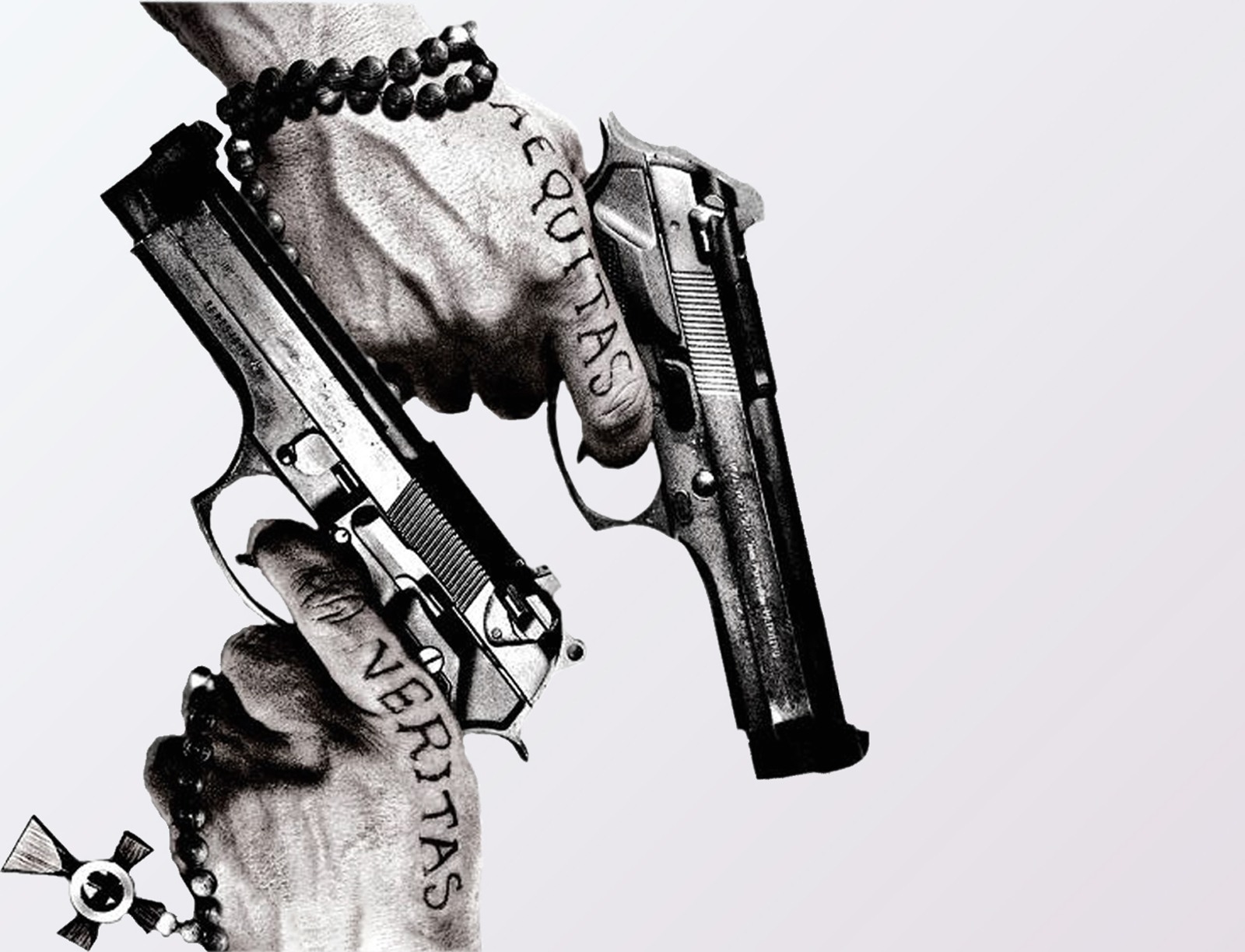 Comic-Con being in the first place, they meet with thousands of fans in a lot of panels every year in many cities. Actually, sometimes I feel like “we exaggerated a bit, didn’t we?”, but I can do nothing but staring at fan reactions in panels. You would think that they were in some kind of concert, screams and gifts everywhere. Some of them go through a crying jag…

Making of this movie is quite interesting. It was unbelievably made only in 32 days. The Director of the movie, Troy Duffy, has his own music band and works as a bartender in addition, he is also interested in scenario/director thing. He shares his flat with his brother and since that apartment is a center of illegal things, he imagines the scenario of The Boondock Saints. Scenario was accepted by many studios but they always had a disagreement about a stuff; like change in scenario or time. They eventually reach an agreement with a studio and make the movie. There is also a documentary about Troy Duffy just because he got succeed in his very first movie. 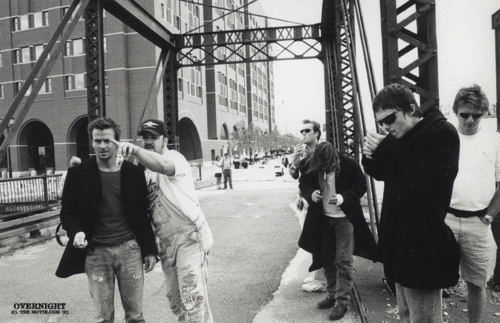 Mark Wahlberg and Stephen Dorff were considered firstly for Murphy and Connor roles (Two brothers with less than 1,70 height? Hell NO!). Thankfully, after many possible names (what about McGregor or Brendan Fraser?), roles were given to those who are really Irish and more likely to the characters in movie and street culture.

Sean Patrick Flanery, who is in role of Connor Macmanus, has actually won Toyota Grand Prix and is a professional rally driver. He is also a far east martial artist with black belt.

As a matter of fact, Norman Reedus, who is in role of Murphy Macmanus, has worked in Harley Davidson, then he attended to photography and painting. He also worked as a model for a lot of trademarks like Prada.

Shortly, they both considered being an actor as a hobby until this movie, they looked like they’ve had no chance compared to the other possible candidates, but they were chosen. I can’t think of any other person except those two. I believe, that’s why audience adopted them because of the same reason. They look cute (I don’t want to mention about the display, ahem…) and natural like they can canonize themselves with no reason. 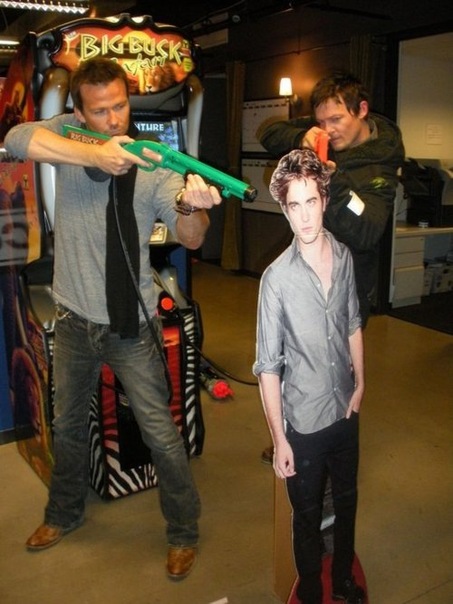 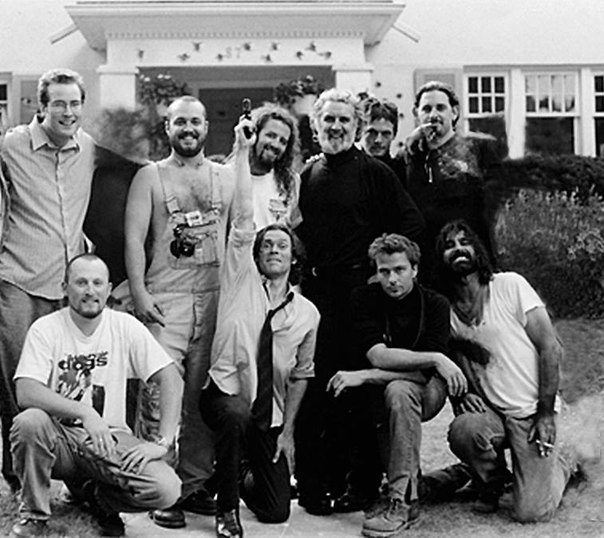 I don’t even mention the great acting of Willem Dafoe who’s playing detective role and David Della Rocco who gave inspiration to the character Rocco. There are many jokes about “There was a firefight” scene. I don’t know which sequence to compliment or which scene to examine. Since cinematographically impressive scenes and every comment I’ve read, not only I but also everyone was impressed. 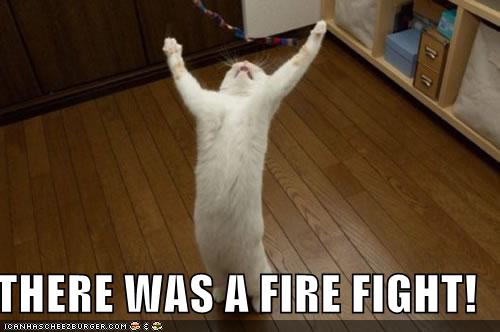 Fortunately, you can’t forget its taste because there is a second movie after ten years; The Boondock Saints II: All Saints Day. There is another surprising point here, unlike many other sequels, the second movie is as successful as the first one. Volvo sponsorship, which can be realised very easily, shows that they’ve got a bigger business in the second movie. As it makes you feel like genuine ten years have passed in the movie as well as in real life, it doesn’t disturb you and new characters look fine. Comedy and action dosage are in their proper place. I personally laughed a lot in this movie too.

Moreover, the second movie ends quite well with the signs of the third movie. I shouldn’t give spoilers (actually tumblr, gifset and twitter gave enough spoilers but anyway…) that’s why I cannot tell what happened exactly, but it has a great final. Soundtrack is awesome again like in the first movie, a classic of The Skids, The Saints Are Coming is the best choice for the final.

Speaking of which, we hope not to wait for another ten years for the third movie. Well, we would watch it again even we had to wait for another ten years but, we would like to see Macmanus brothers as soon as possible. If we track the points, third movie is very close because director Troy Duffy has almost shared the whole scenario on Twitter (maybe he is under pressure to show that he’s working hard enough, eh?)

Besides, there is another surprise for audience that The Boondock Saints may come as a TV Series. Even though this news excites the fans, everyone comes to agree on not watching it on TV with different cast! 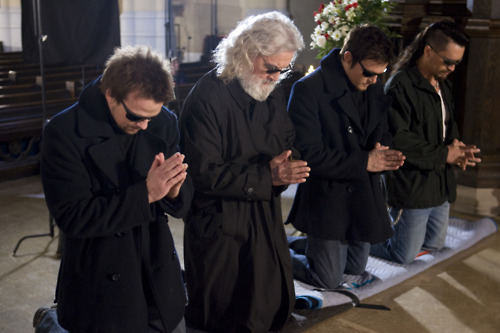 No matter what, this movie has already been immortal as a legend. Before I write this article, I wanted to get some opinion and I believe that the comments “I am gonna watch this till I explode”, “the movie that I am obssessive about”, “a decent movie” cannot be wrong. Many people tried to find a word to define this movie but then they come to agree on “cool” as the best definition. I also can really define this movie with that word, because it’s the coolest movie I’ve ever seen. 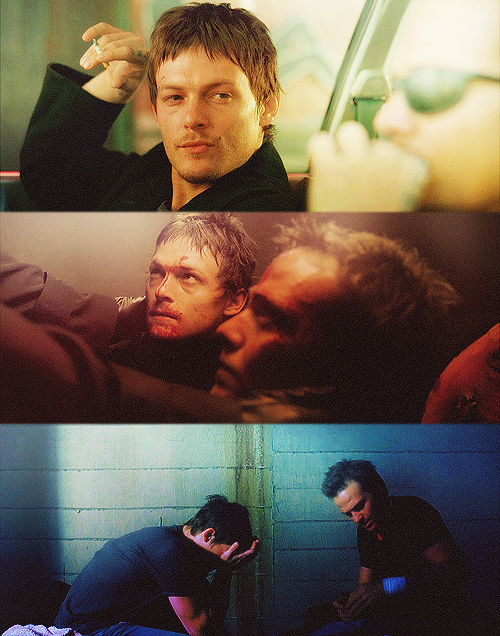 I am very happy to overcome my prejudice about this movie, otherwise I would neither watch that cool, reckless and entertaining movie nor get to see a 28-year-old director to succeed a lot with limited opportunities… 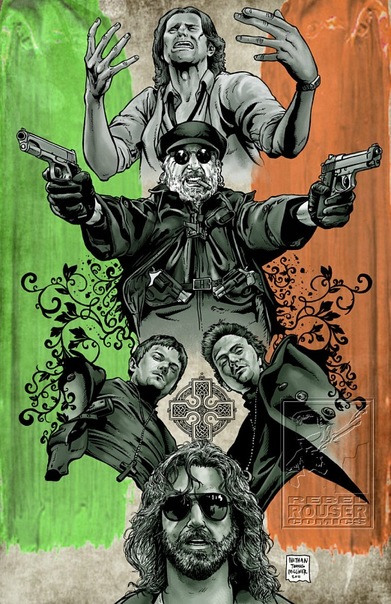 Get Ready With Me: Smokey Makyaj, Mini Sohbet ve Saçmalamalar